Headhunters: The Search for a Science of the Mind 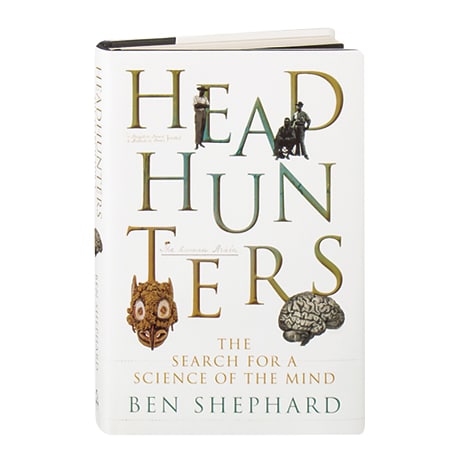 Headhunters: The Search for a Science of the Mind

How did the human brain evolve, and why? What is man's place in evolution? Once Darwin's theories were in place, these questions began to occupy scientists. Historian and BBC documentary presenter Ben Shephard traces the intellectual journey of four men—William Rivers, Grafton Elliot Smith, Charles Myers and William McDougall—who met at Cambridge in the 1890s. Shephard follows their voyages of discovery, taking us from anthropological field studies in Melanesia and archaeological excavations in Egypt to the psychiatric wards of World War I. Today we would classify their work as neurology, psychology, psychiatry, and zoology, but for these men it was simply the search for a science of the mind.

"Fascinating and instructive.... This is an excellent and subtle book—part biography, part intellectual history—that tells us about the difficulties of trying to understand ourselves."—Times (London)